My brother, Doug, has been here for a couple of weeks. He lives and works in Germany and its been 10 years since we've seen him.

The main purpose for his trip, other than to see his amazing sister, was to put to rest our parents cremains.  Our father passed away in November of 2002 and our mother followed in August of 2004.  You are probably thinking, why did it take so long?  My mother had 2 brothers that were still living and the plan was for them to all be buried together at Saratoga National Cemetery in Saratoga Springs, New York.  Finally, everything had come together and we were finally able to have a dual service there.

After the service, we all went Old Bryan Inn in Saratoga for lunch.  It was really good to be able to spend some time with everyone.  It wasn't until after lunch that we all went back to the cemetery to actually see where they were buried.  We all sat around some more in they area where Vernon was buried. It was late evening when we finally got back to the hotel.  It was a quick trip but we were glad to finally get it done.  Hard coordinating something like this.  In order for them to be side by side, we needed to do it together.  We had separate flag ceremonies but only one gun salute for both and of course Jill playing taps.

Since we were not able to drive the motorhome to California, my son was nice enough to send me a plane ticket.


I left the Monday before Easter and had an absolutely wonderful time. My DIL Sarah is a teacher and it was her spring break so we had a lot of fun with April.  Thursday we went over to her sisters house. Jenny has a daughter that is 4 months older than April.  The purpose that day was to color Easter eggs.  They set up a small pool and then the kids colored the eggs using whipped cream and food coloring. 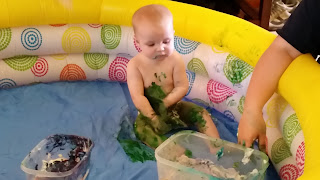 Friday morning I was able to attend the YMCA's Good Friday Breakfast program.  When I worked there I attended many of these so it was good to see some of the people I used to work with.  It was at the Biltmore Hotel in Los Angeles.  Here are a couple of pics of this beautiful historic hotel. 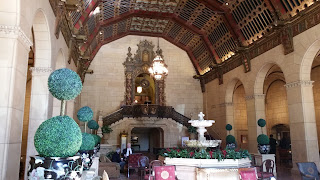 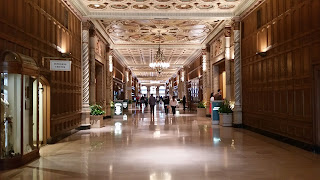 Saturday was spent with my daughter Stacy and her daughter Ciera.  Here is my oldest granddaughter holding my youngest. 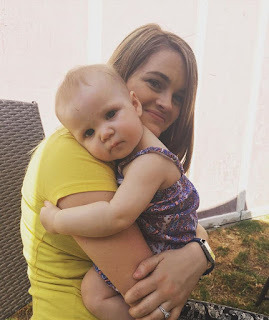 Sunday was Easter and here is the cutest bunny ever. 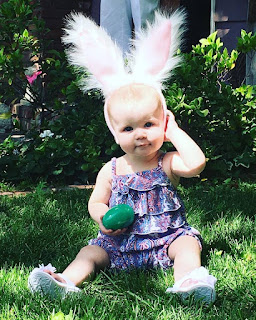 My oldest granddaughter Ciera is getting married in September so I will be heading that way again.

Posted by Traveling Along at 9:26 PM 3 comments:

This is to post pictures of the newest addition to our family. 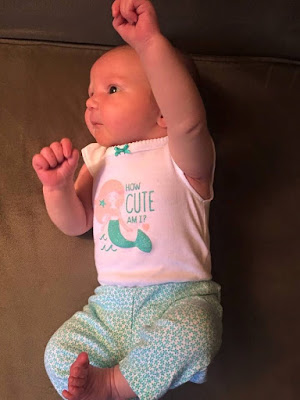 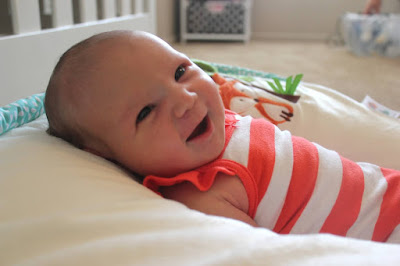 My son and daughter in law love anything Disney.
Testing out the Mouse Ears!!! 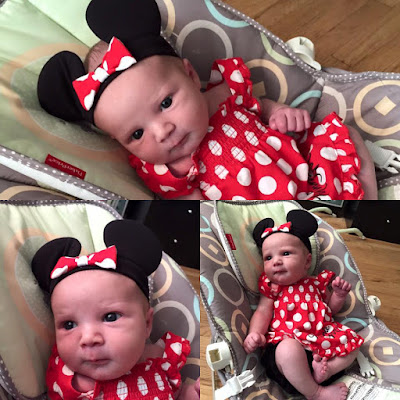 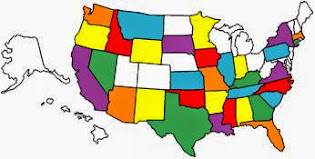 Traveling Along
We retired in August 2008 and became full-time RVers. We are using this blog to provide family and friends a way to keep track of us as we travel along. We will be posting pictures as the view from our front window changes.